In the middle of the night, like a thief,
fear came with a bending sickle

Audio Prompt: “Piano Sonata No 2 in B Flat Minor, Movement 3 (The Funeral March)” by Frederic Chopin

Trial and error
Evaluate, assess
Which version of me
This society accepts
To conformity I succumbed
Conceded, gave in
Only to find it’s a
Failed experiment

In response to dVerse’s Open Link Night and Shapeshifting 13 #70 KICKOFF: This week, in exactly 26 words, your challenge is to write a story or poem inspired by the image above (credits to Kahn & Selesnick). 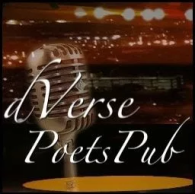 A huge crowd gathered across the strange-looking building in 12th street. It’s only six o’clock in the morning yet the street was already swarming with people. He could hear consecutive gasps, curses and laughter as he towered behind the onlookers and eavesdroppers.

“Who would do such thing to Madame Tesdale’s teahouse?”

“Did she ran out of tea and decided to sell booze instead?”

“FUNKY MUNKY, that’s a helluva name. Isn’t that supposed to be Funky Monkey?”

Still smiling from ear to ear, his eyes caught a glimpse of the teahouse owner. There goes poor Madame Tesdale who looked like she just raided her daughter’s closet with her pink dress, platform heels, plastic bangles and banana clips. The look on her face as she saw the once cutesy teahouse turned into a funky-looking bar was priceless. She then collapsed.

Unable to contain his amusement, he let out a laugh.

“Hey… You’re the new guy, right?” a neighbor asked. “Is that paint on your face?”

Here is for Flash Fiction for Aspiring Writers prompt. This week’s photo prompt is provided by TJ Paris. Thanks PJ for hosting another fun prompt.

From the corner of his eyes, Liam saw that Andrew was wide open so he scuffled and kicked the ball aiming at his direction. The ball cut through the players but flew straight into Mr. Gardiner’s window and the next thing they heard was a loud, smashing sound.

Liam, sweating and face flushed, stared at the shattered glass in disbelief. He went inside the house with a heart beating like a drum. His mom would kill him later but would be much willing to pay for the damage. What worried him was talking to the grumpy, old man. Mr. Gardiner never liked kids— or people in general.

A few moments later, Mr. Gardiner appeared from the broken window and threw the ball. Out of fear, Dennis kicked the ball towards Andrew who was suddenly on his feet. The ball, they realized, was not a soccer ball after all. It was Liam’s head.

Here is for Flash Fiction for Aspiring Writers prompt. This week’s photo prompt is provided by Yinglan. Thanks PJ for hosting another fun prompt.

“Hey, Chev!” Dorothy called out to the 1967 Chevrolet Impala. “Going out with that horse? It’s not my favorite pair but suit yourself.”

Ace snorted loudly as he eyed the white Cadillac beside them. “Is this the one, Chevy?”

Chevy has seen Dorothy the day Marcus, her owner, received that dreadful foreclosure notice. Marcus lost his home to the bank, concurrently, losing his whole life, too. She hated Dorothy and the bank since then.

“I see… So your owner came here to take the Marcus’ ranch. Four decades— the man has been working up a sweat living his own life.”

A loud smashing sound left Dorothy startled. The last thing she remembered was the sight of her shattered headlights and damaged wing before Ace gave one last angry jolt, “Tell that professional crook I’ll kick his capitalist butt.”

Here is for Flash Fiction for Aspiring Writers prompt. This week’s photo prompt is provided by Phylor. Thanks PJ for hosting another fun prompt.

This one is inspired by a documentary I was watching last night. Michael Moore’s Capitalism: A love story.

“You are the weirdest friend I’ve ever known!” Selena exclaimed, staring at the dilapidated statue in Taylor’s yard.

They’ve been bestfriends since childhood— ever since the world begun. Selena’s been practically part of Taylor’s life as much as Taylor’s been part of hers. They’re two opposite poles, so much like two sides of a brain. Taylor is odd and quirky and artsy and lost in the clouds while Selena is everything Taylor’s not.

“Lena!” Taylor’s eyes beamed. “I bought this for three-dollars on a garage sale. You like?”

“I like?” she yelled, giving an unbelieving stare. “Why would someone have the nerve to sell this and why would you buy such scrap?”

“Ever since Jacob broke your heart,” she argued. “You can’t mend it with those, Tay.”

Taylor’s eyes flickered with a hint of tears as she proudly spoke, “Watch me.”

Here is for Flash Fiction for Aspiring Writers prompt. This week’s photo prompt is provided by Phylor. Thanks PJ for hosting another fun prompt.

First day and Levi’s already out for a fieldwork. He trailed behind his boss, Hannah, a gorgeous mid-twenties woman exuding independence and flair. At a young age, she has established a name in the world of photography being one of the elite events photographers in the country. Her photographs transcends from the lenses of a camera to the windows of one’s heart. She breathes of art and passion.

“Ok, here’s our game plan: let them fall in love with gorgeous details and breathe romance. Our clients are Bohemian, free-spirited lovers. Truth, beauty, and freedom— we must capture all these moods. Talk, Levi.” Hannah turned.

“I meant a salad of colors and patterns. Of daydreams, music, and love.” Levi smiled, easing through his stammering words.

Hannah gave a stern look but her eyes were smiling, “Anything else?”

“Teepee, curtains, vintage and classic stuff.” He continued, pointing anxiously across the yard. “How about a hippie car like that one?”

“You know what? I like you and your salad.” She nodded and smiled.

Here is for Flash Fiction for Aspiring Writers prompt. This week’s photo prompt is provided by S. Thanks PJ and S for another fun prompt.

I’ve been lurking around the world wide web in search for pre-nuptial themes. Yes, you’ve read it right. Prenup. I’m not getting married (yet) nor I have someone special to walk the aisle with (another yet). It’s just that… on some days, I want to imagine something beautiful like a wedding or prenup. Crazy? I hope not. So far, these two themes were my favorites for today: Foliage-themed and Boho-themed. XD

Two-one-five, what are your coordinates? A muffled voice came from his earpiece.

“Gorgeous.” Dan thought as he marveled the scenic lands of England. He was flying Nighthawk 40,000 feet above the ground, a beauty designed to fly stealthily and undetected in the radar.

Two-one-five, what are your coordinates?

Slowly, he descended to make out of the silvers, browns, and greens below. Trees towered over the shadowy mountains as rivers threaded the verdant lands, cluster of rocks looked like mere dots protruding from the earth. Dan couldn’t help but think of barbecues and beer during sunset. A lovely lady would be charming too, he added.

“Damn! Julio, stop shouting!” he yelled, taking the earpiece off and turning on the speaker.

Man, where in hell have you been?

“I heard you.” He answered blankly.

You heard me and? Where are you Danny? Talk.

Damn. Don’t you think this isn’t the time for sightseeing? Retrieve the microchip and return to the safe house. Those are the directions.

Danny sighed, looking down at the grassy terrain. “I’m getting old for this shit, Jules. I need barbecues and beer.”

And sunsets and women, my friend!

Written for Roger Shipp’s flash fiction challenge, Flash Fiction For the Purposeful Practitioner. A sentence is provided and we are to craft a story to under 200 words length.

It was a cloudless day when Danny, along with his kids, drove towards the harbor for a very special event. Docked in the berth of Pier Uno was the world’s largest floating library. Operated by a German charity group, MV Logos Hope has been travelling across the world for forty-five successful years. The ship remains in each port for a month, offering its wide-range of educational materials and over 5,000 titles to thousands of visitors at an affordable price.

As they entered the ship, Danny felt transported to a different world. He couldn’t help but wonder how this warship-looking vessel carried books instead of bombs. Its dark hardwood timbers coated in a flat clear oil-based varnish maintained its antique look. Three cannons are also noticeable in the bow area where Grae has started playing make-believe pirate. Boys, he thought.

Amid the towering bookshelves, Abbey was also immersed in her own world— her little fingers running through the spines of every book. “How’s my sweetheart?” he asked.

“It’s a heaven of books, Daddy!” she beamed.

He smiled then heard Grae roaring from a distance. “BLACK PEARL IS MINEEEEEEE!”

And they both laughed in chorus.

Written for Sunday Photo Fiction’s prompt. Another photo that reminds me of a wonderful experience with the world’s largest floating library, MV Logos Hope. It was May 2015 when Cebu, Philippines became one of the chosen stops of this world-travelling bookstore. 😍😍😍

Sunday Photo Fiction is a weekly writing challenge hosted by Alastair Forbes where a photo is used as a prompt for a piece of fiction using around 200 words. The piece doesn’t have to center around exactly what the photo is, it can be just used as a basis for a story. Thank you, Al!