“It is by riding a bicycle that you learn the contours of a country best, since you have to sweat up the hills and coast down them.”

No man could better say this than Ernest Hemingway, one of 20th century’s literary giants. At a young age, we were taught to ride a bike, to pedal away without a care in the world, to bask under the heat of the sun, and to come home with skins glistening with sweat. But as the years pass, our priorities change. We no longer have the luxury of time to relive simple childhood joys. Life, in its most pragmatic way, has pushed us to channel our energy in surviving. But are we living?

It hasn’t been long when I started reconnecting with nature in an attempt to live life at its fullest. The mountains and the forests have the power to make one slow down. To appreciate the minute details – from the chirp of the birds, sway of the leaves, and sound of our heartbeats. And although most often my feet trudge the earth, a part of me still longs for the island life. Gladly, there is Olango Island.

‘Round Olango Island
The Olango Island Group is a group of islands found in the Central Visayas region of the Philippines and is a part of Cebu Province. It comprises Olango island and 6 satellite islets namely: Sulpa, Gilutongan, Nalusuan, Caohagan, Pangan-an, and Camungi.

A trip going to Olango would only take 20 minutes from Mactan. Along with me are the Pialagos (James and Cecille) and the Quiapos (Marvin and Bryan). From the Santa Rosa Wharf, we rode a triclycle that would take us to Brgy. Candagsao where we can rent a bike. Rental fee is 10 php per hour (regular bike) and the 20 php per hour (mountain bike).

Bicycling around island is not only a healthy and environment-friendly choice, but it also takes advantage of Olango’s beautiful landscape.

On our way to our first destination, we passed by this rustic bridge overlooking a mangrove thicket extending to the sea. Personally, I was drawn to its rough yet homely vibe. It really proved we’re on the countryside.

Maribagini Park
Anyone who is headed to the wildlife sanctuary will never miss this canopied road lined with vibrant neem trees. Maribagini Park is a man-made forest commonly seen along San Vicente road. Aside from its picturesque view, these trees are known as natural control agent against insects, mosquitoes and flies.

Olango Island Wildlife Sanctuary Nature Center
Olango Island Wildlife Sanctuary Nature Center is home to one of the country’s important wildlife reserve. Its wide stretch of sand flats and mangroves supports the largest concentration of migratory birds found in the Philippines. It is also rich with coral reefs and seagrass beds.

Upon going to the bird watchtower, we had to take a short trek through the mangroves.

There is also a narrow walkway where tiny fishes and crablets can be seen from the waters. Here, it’s easier to walk (or hop) when the tide is low.

The best time for bird-watching is during their southward migration in the months of September to May, when birds are flocking the sanctuary to refuel before returning to their breeding ground.

From the elevated cottage, we saw a glimpse of their marine life from a school of colorful fishes. There were also guests who went snorkeling to take a closer look at the underwater paradise.

As for us, we content ourselves with swimming. The clear water, the warm sun, the cool breeze — a perfect blend for a summer dip after a day’s bike. For a day, we relived our childhood memories of riding a bike, pedaling away without a care in the world, basking under the heat of the sun, and coming home with skins glistening with sweat. 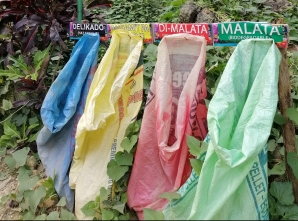 If you ever go and do it for the Gram, take your trash with you — every piece, every gram.

One thought on “Oh la lango: A Pedaled Story in Olango Island”

Sharing this very first poem I wrote for this year. It’s a small piece that carries my worries about life and writing. I took long break from both — spent almost half of 2020 floating, waking up to aimless days, switching between concern and indifference about the world. For a while, “seize the day” felt so distant when you have very little to seize. Thankfully, time and time again, I am reminded by something or someone to focus on the little things that truly matter.
Change my mind
Hello, 2021! May this year be as warm as sunlight; our smiles be as beaming as sunshine. 💛
Here's to the lovers of the night 🌙⭐
she can be the phoenix
i wouldn't call us