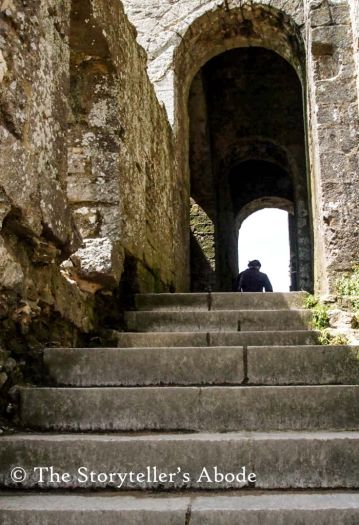 I am over you— or so I thought.

For the tears brimming from my eyes begged to disagree as I walked in the ruins of Corregidor, one step after another, while our tour guide, Mark, eagerly narrated the tragic history of its ruins. I should be sad for the thousands of souls who have suffered and died, fighting for their freedom against the Japanese troops. My heart should bleed for Bataan’s fall.

Instead, memory lane brought me to the footpath of our past. A battle that was only written in our history. A battle that I have never won. It was the time when we’re throwing curses at each other like they were mortars; each hit led to an explosion. We did all the talking but no one dared to liste—.

“Mika?” a voice stopped my reverie and I was back with the tour guide again. “Are you okay?” he continued.

Wiping the tears from my eyes, I nodded. “Yes. I was just thinking that someone should have raised the white flag.”

Here is for Flash Fiction for Aspiring Writers prompt. Thank you Louise for the photo and PJ for another fun prompt. :):) 🙂

P.S. For some strange reasons I kept thinking of WWII when I saw this photo. Philippines, of course, was not spared from the bloodshed. A few hours after Pearl Harbor, Japanese troops came and seize occupancy in the country that lasted for 3 years. Thousands of Filipino and Americans suffered and died during that time. On May 6, 1942, at the Battle of Corregidor, Japan roared with victory.

…and sorry for the love twist. I couldn’t help it! 😀

30 thoughts on “Some battles”